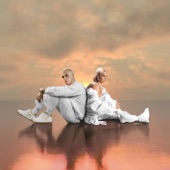 All Album by Lauv Artist

Ari Staprans Leff (born August 8, 1994), known by his stage name Lauv, is an American musician. His debut EP titled Lost in the Light was released in 2015. He is best known for his 2017 single, I Like Me Better & The Other which charted at #17 in Billboard's Spotify Velocity. Interested in music from a young age, the San Francisco-born Leff took piano and viola lessons as a child before picking up the guitar around age 11. During high school, he played in several bands and studied jazz before discovering electronic music production.